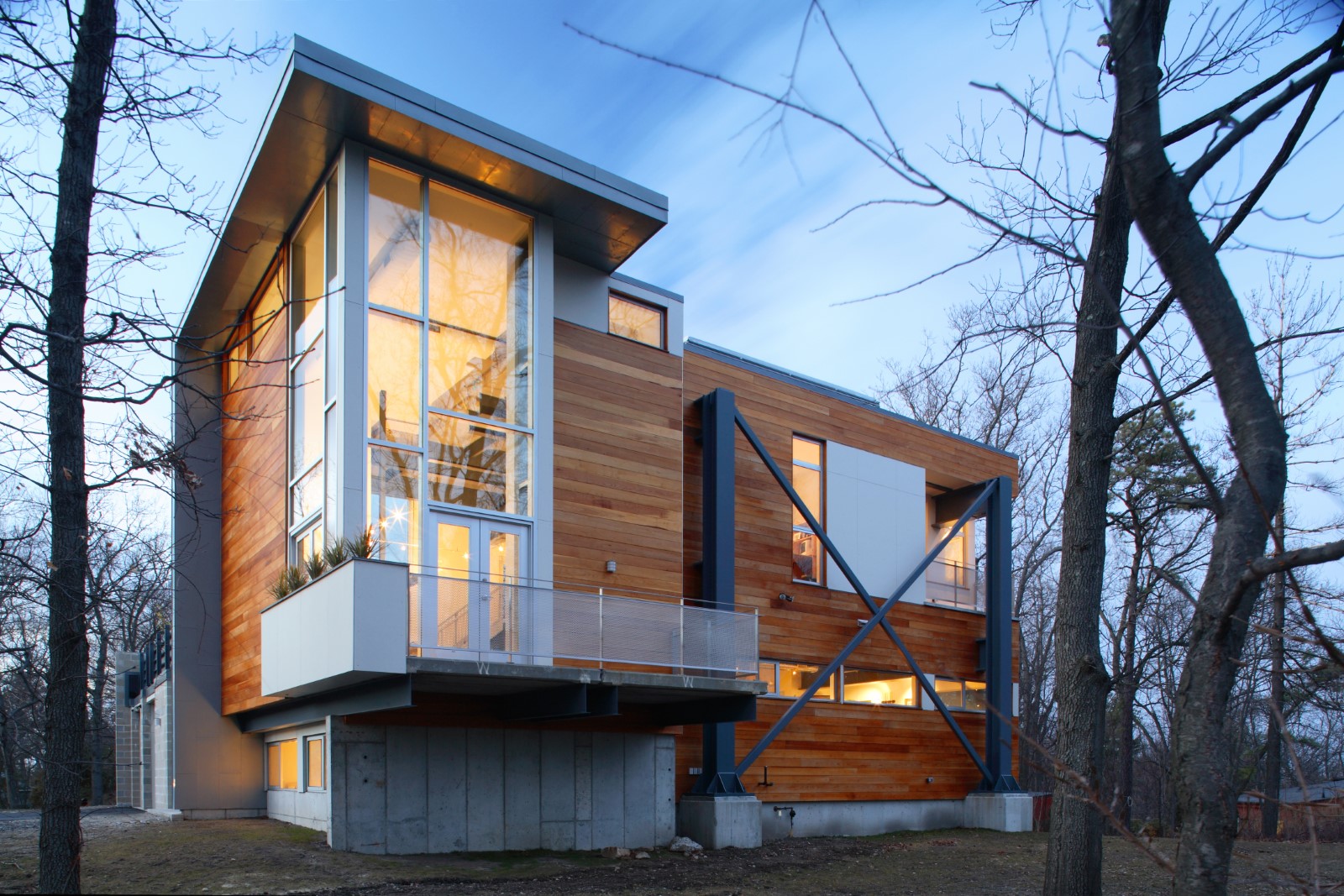 As a prototype building that demonstrates how infrastructural refuse can be salvaged and reused, the structural system for this house is comprised of steel and concrete discarded from Boston’s Big Dig. Utilizing over 600,000 pounds of materials from elevated portions of the dismantled I-93 highway, the reassembly of the materials was planned as if it were a pre-fabricated system, able to take on many configurations. The materials are capable of carrying much higher loads than standard structure, easily allowing the integration of large scale roof gardens and other programmatic inventions. Although not formally an example of ‘precycling,’ the project demonstrates an untapped potential for the public realm: Through front-end planning for a material’s second use, much needed community buildings including schools, libraries, and housing could be constructed whenever infrastructure is deconstructed, saving valuable resources, embodied energy, and taxpayer dollars. 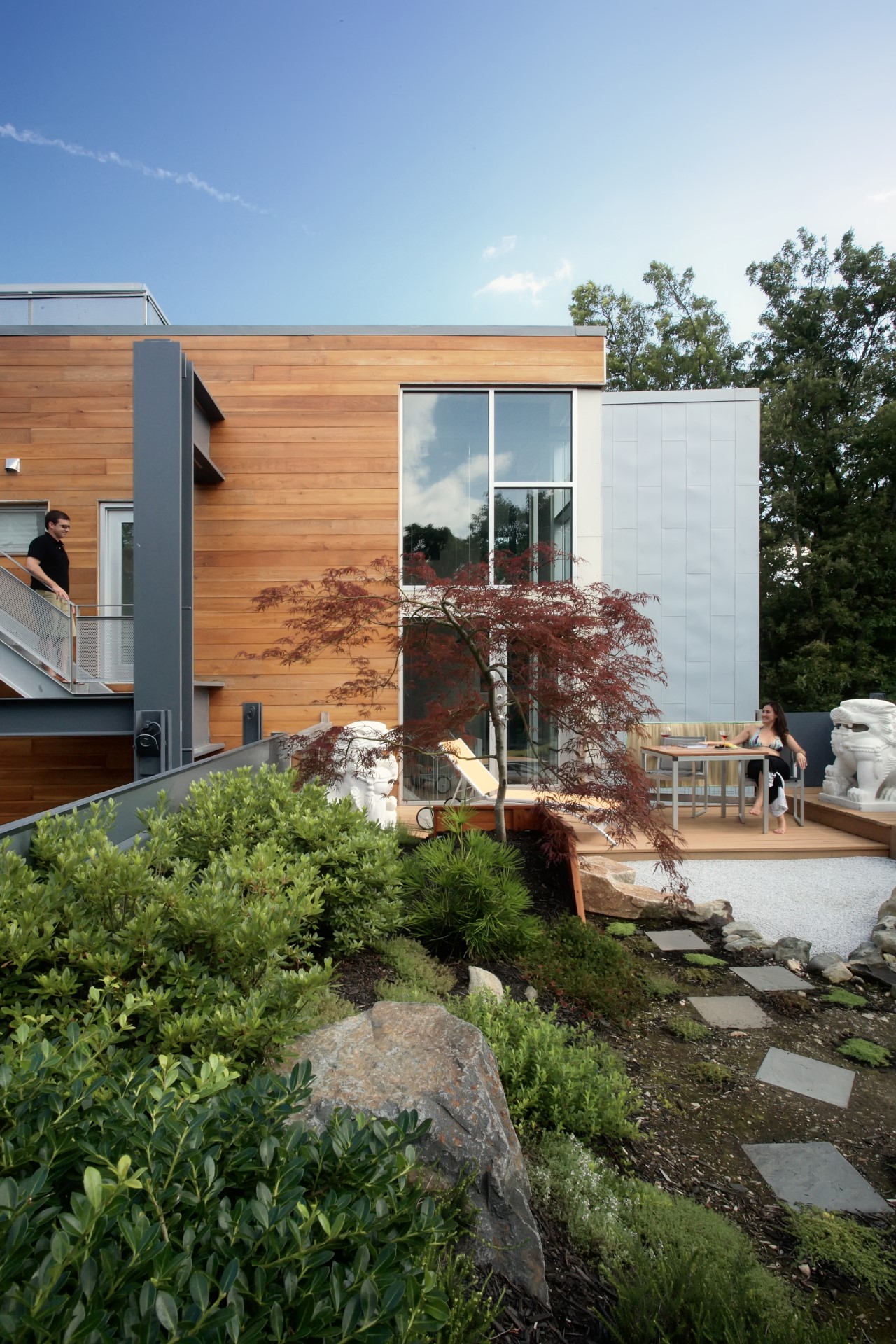 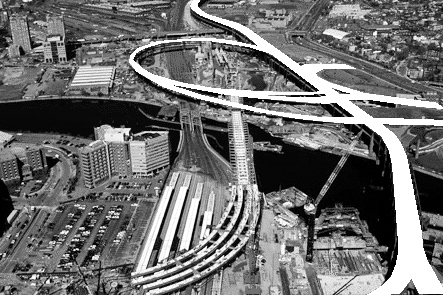 What do we do with the massive amounts of construction waste from our ‘obsolete’ infrastructural projects? Instead of roadways, can they be re-imagined as architecture? 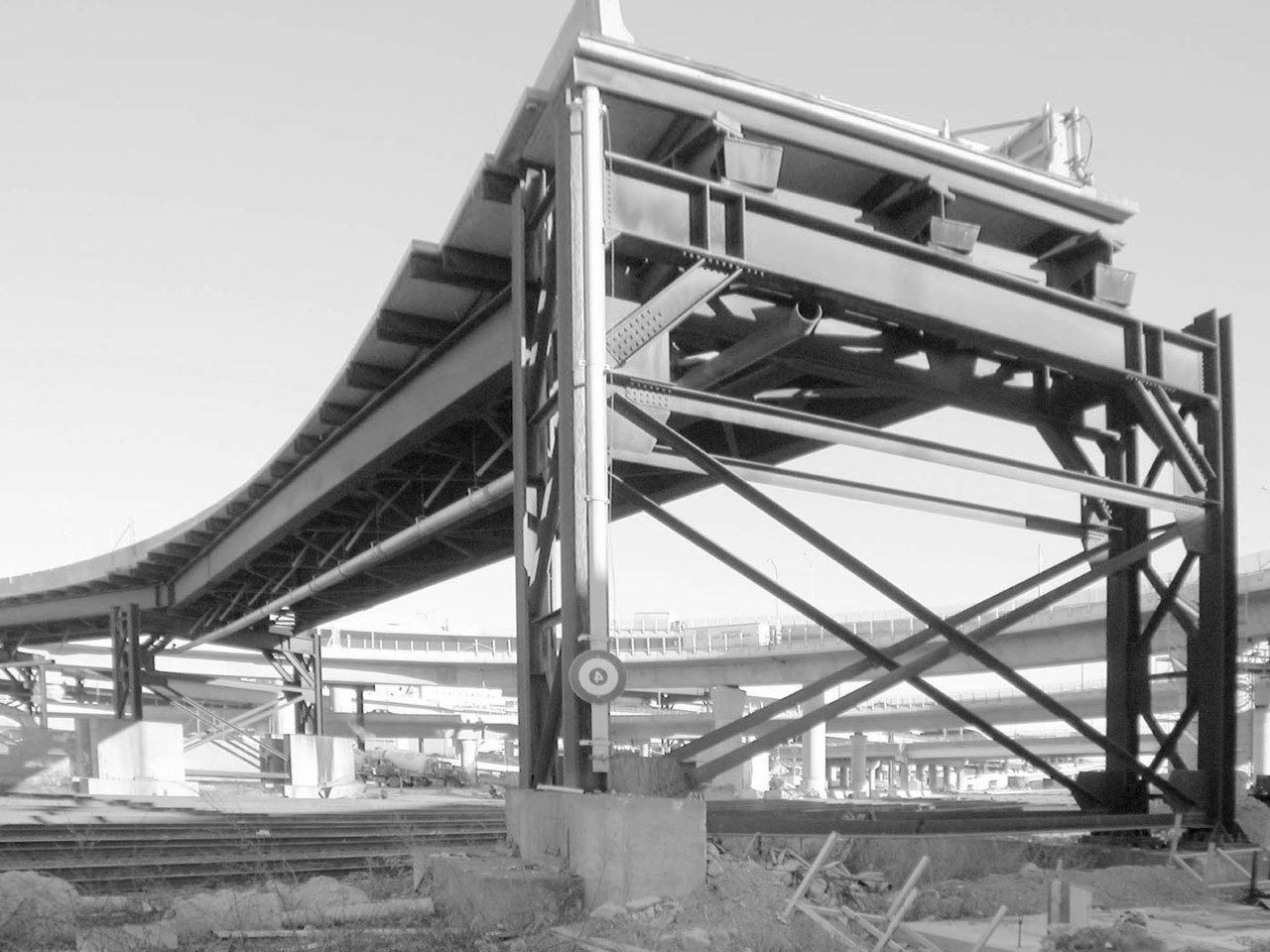 During the construction of any large-scale infrastructure project, temporary re-routing of traffic is necessary. In the case of the Big Dig, provisional offramps for I-93 were used for several years and dismantled, creating massive amounts of waste. The Big Dig House directly reuses the components, turning a highway into a house.

By utilizing the same techniques of building a temporary bridge, the structure of the house was erected in 23 hours as opposed to standard framing which would have taken 2-3 weeks. Other than several new bolted connections, the original components were re-used ‘as-is’ to minimize cost for extra fabrication. As the materials were slated for disposal, taxpayer dollars were returned to the state as the highway components no longer needed to be stored and demolished. 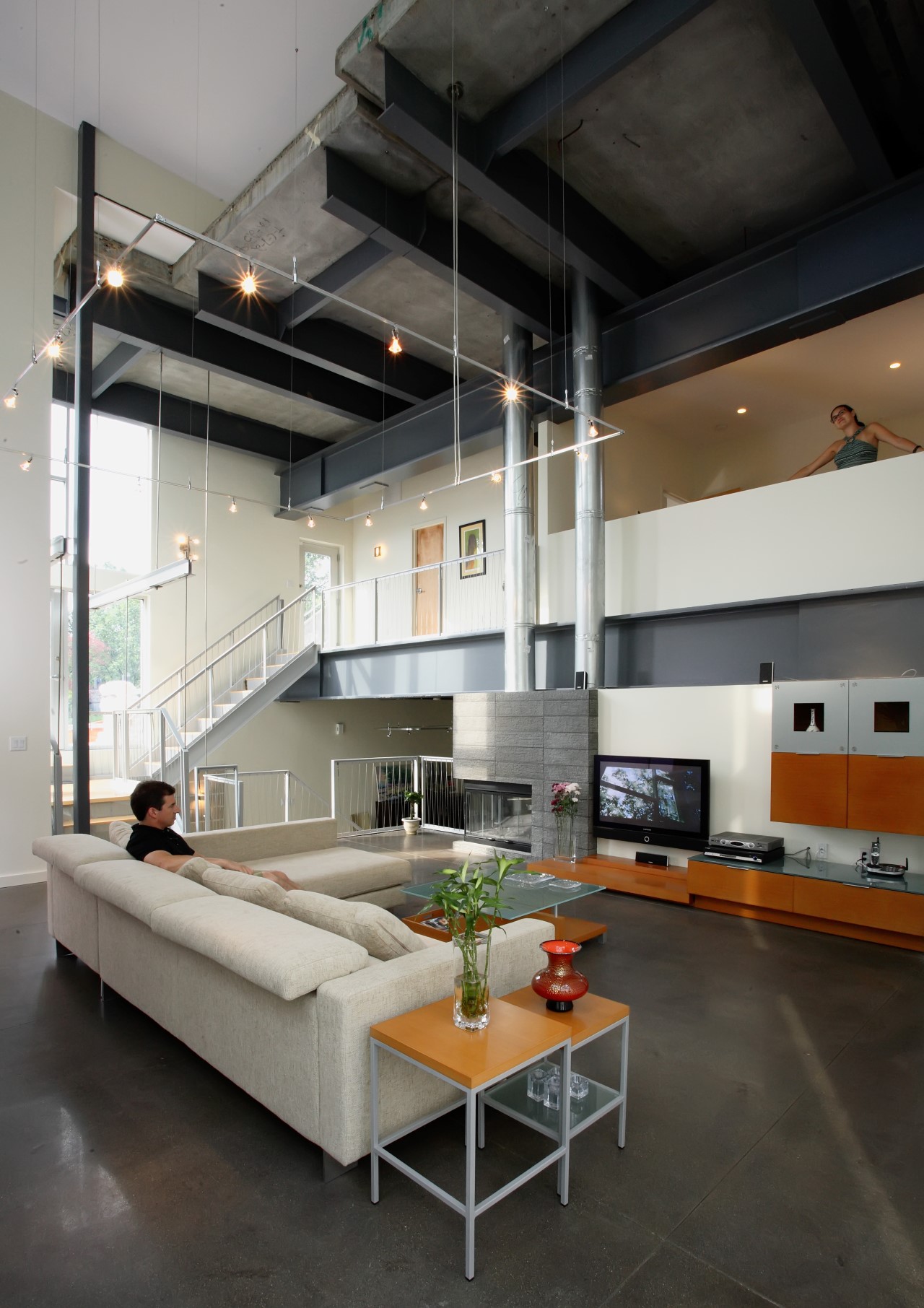 The reused highway materials are left exposed to demonstrate the way they were salvaged and reassembled. 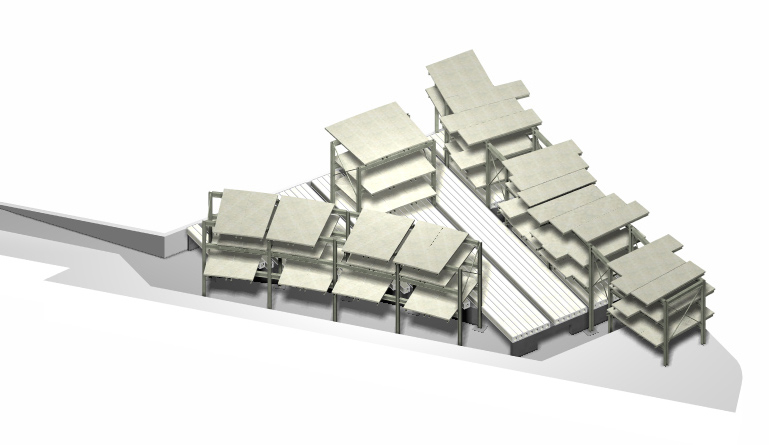 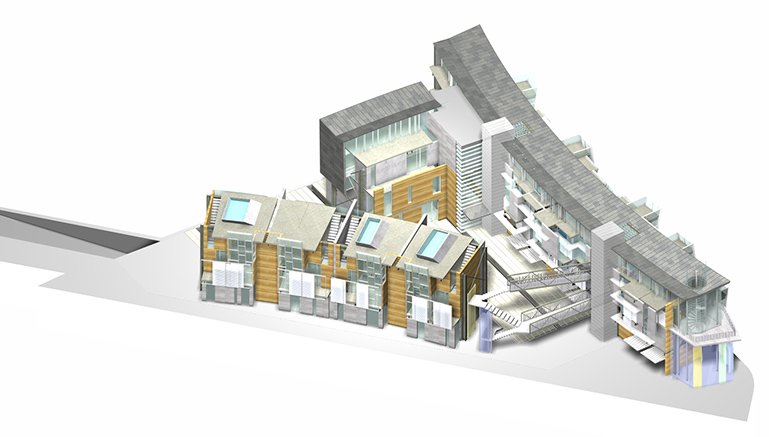 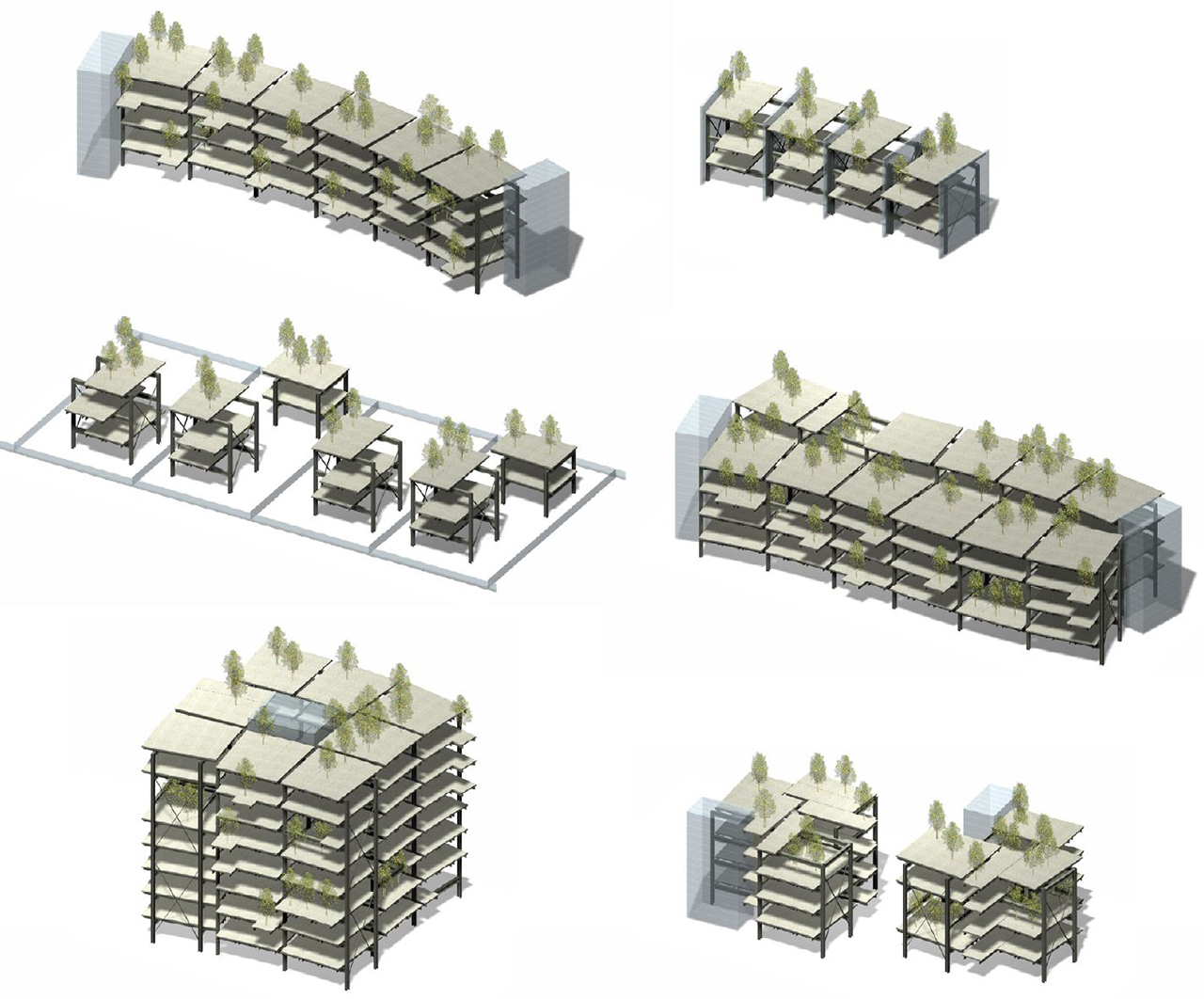 The discarded elevated highways materials can be re-used to create many different building types. Taken to the next level, a city’s infrastructure should be ‘pre-cycled’ – that is designed with the second and third uses already in mind. This way publicly owned infrastructure, instead of becoming obsolete, can be reused to create community facilities such as schools, housing, libraries, etc.

Light filled and open spaces can be created with the re-used highway components because of their ability to cantilever and span long distances.

The main stair his hung with cables from the cantilevered big dig structure.

Since the walls do now have to be load bearing, large column-free open spaces and horizontal windows can be incorporated.

The structure and exterior walls are independent, allowing balconies to be freely incorporated.

The steel frame and cross-bracing are salvaged from the original support of the highway offramp.

Pulling the structure away from the facade allows for the integration of a stair to the roof garden. 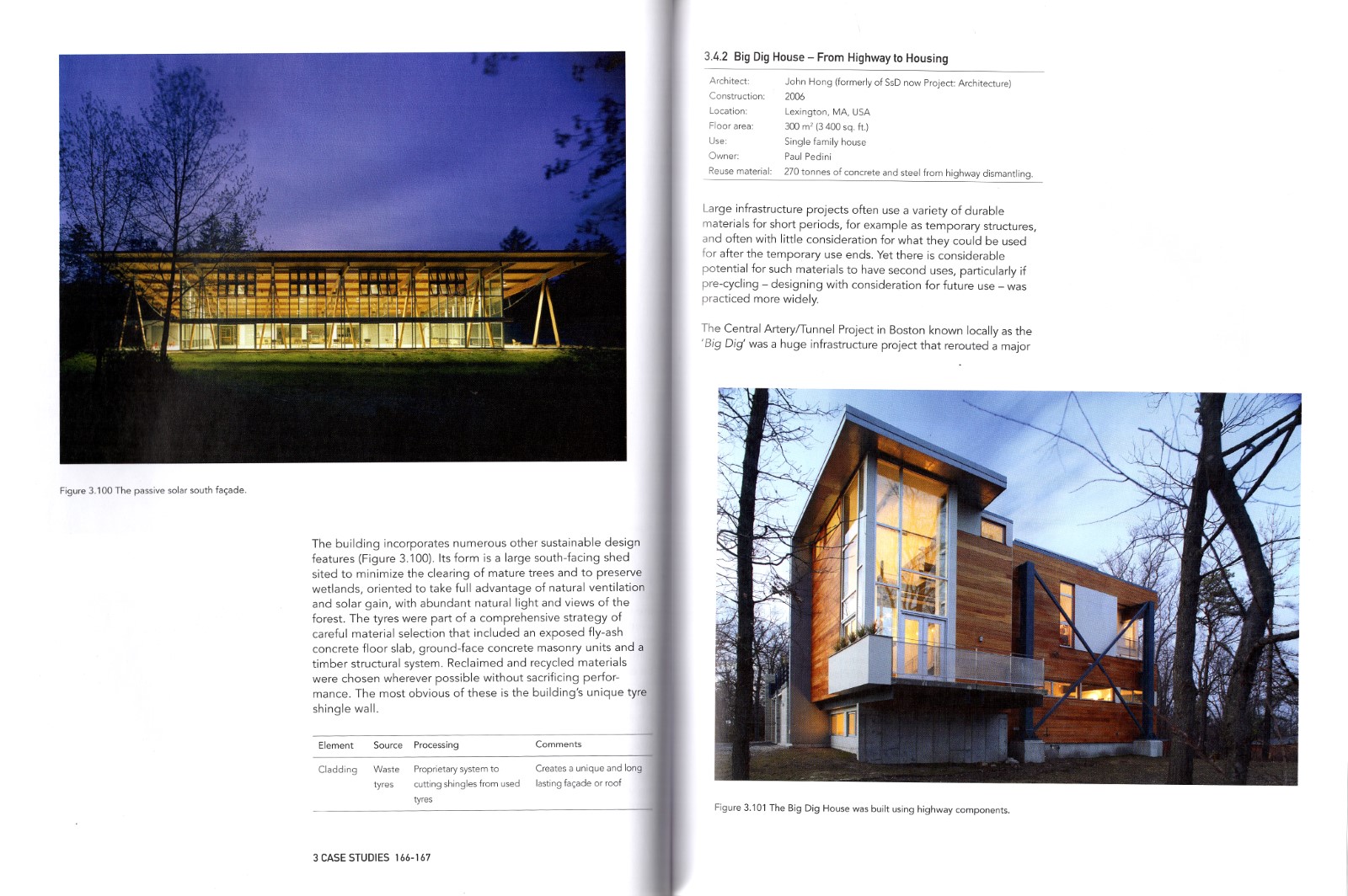 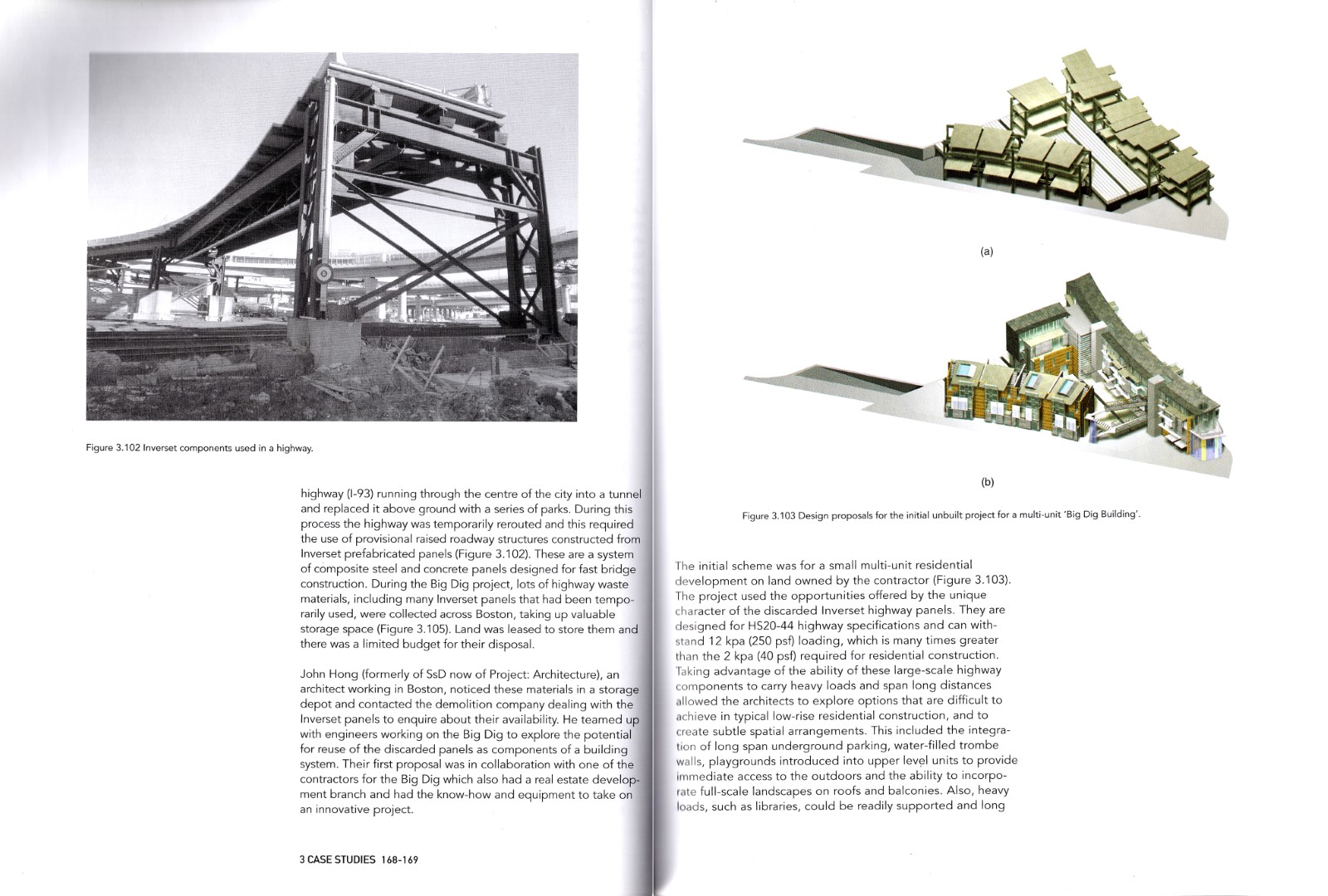 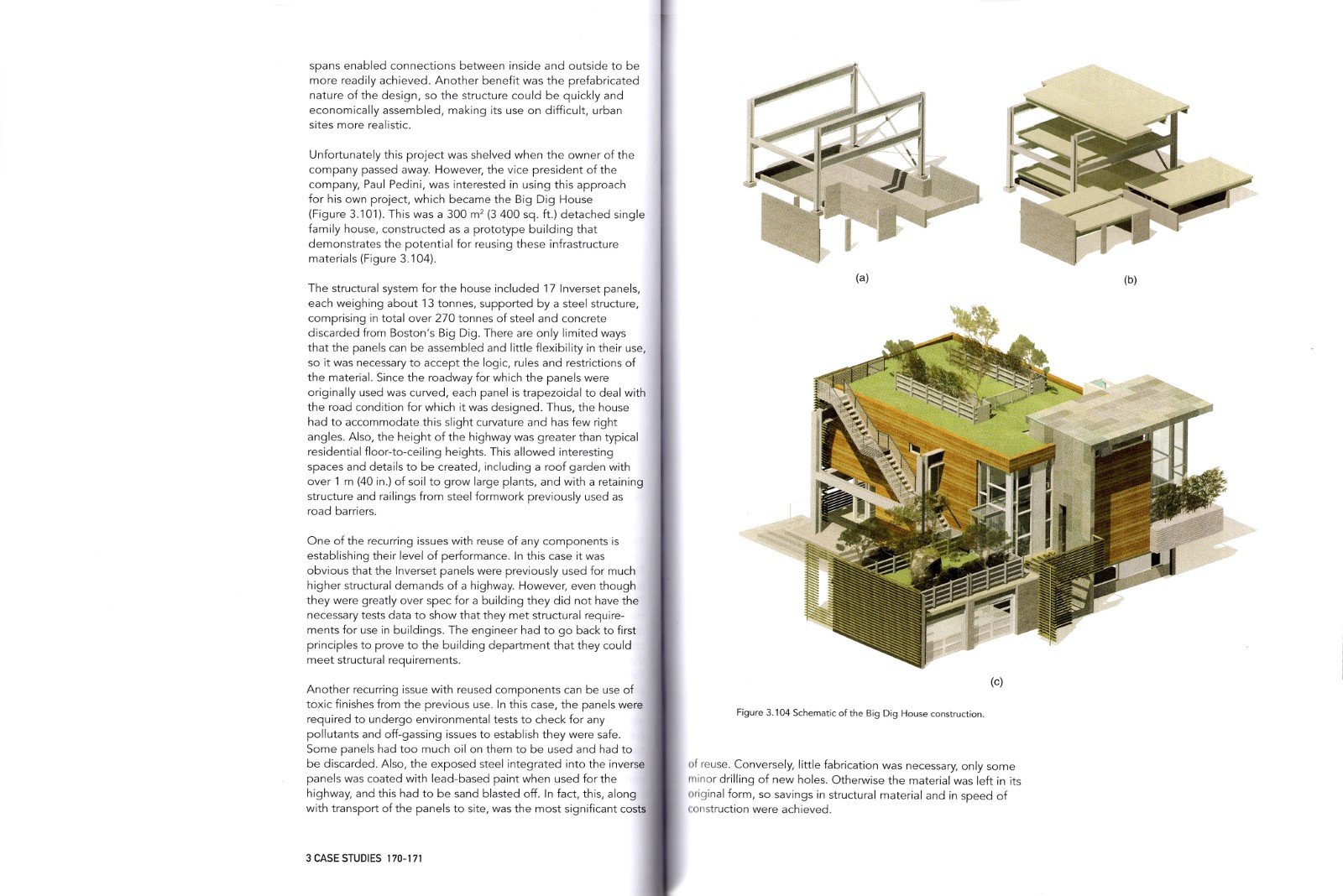 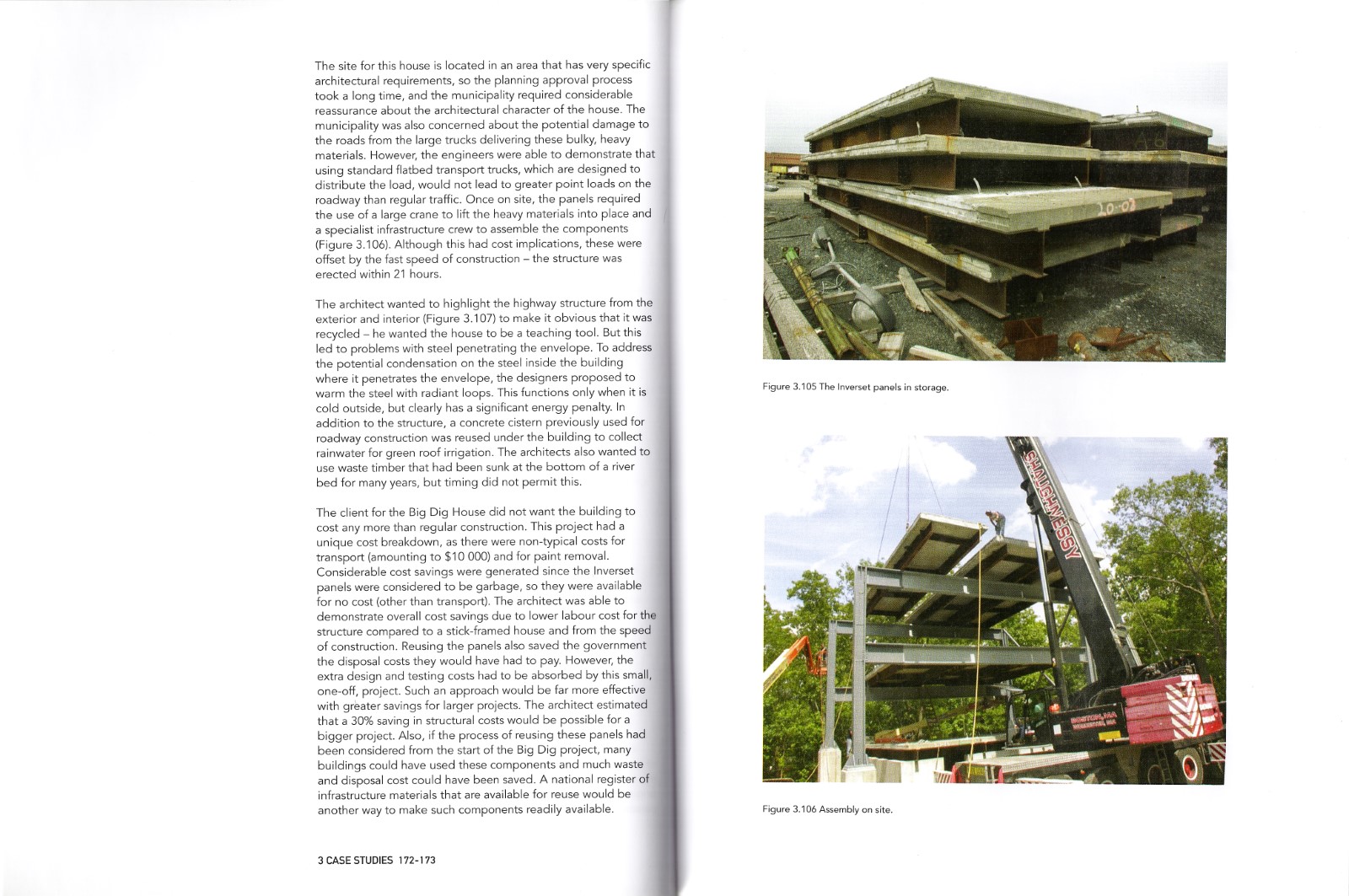 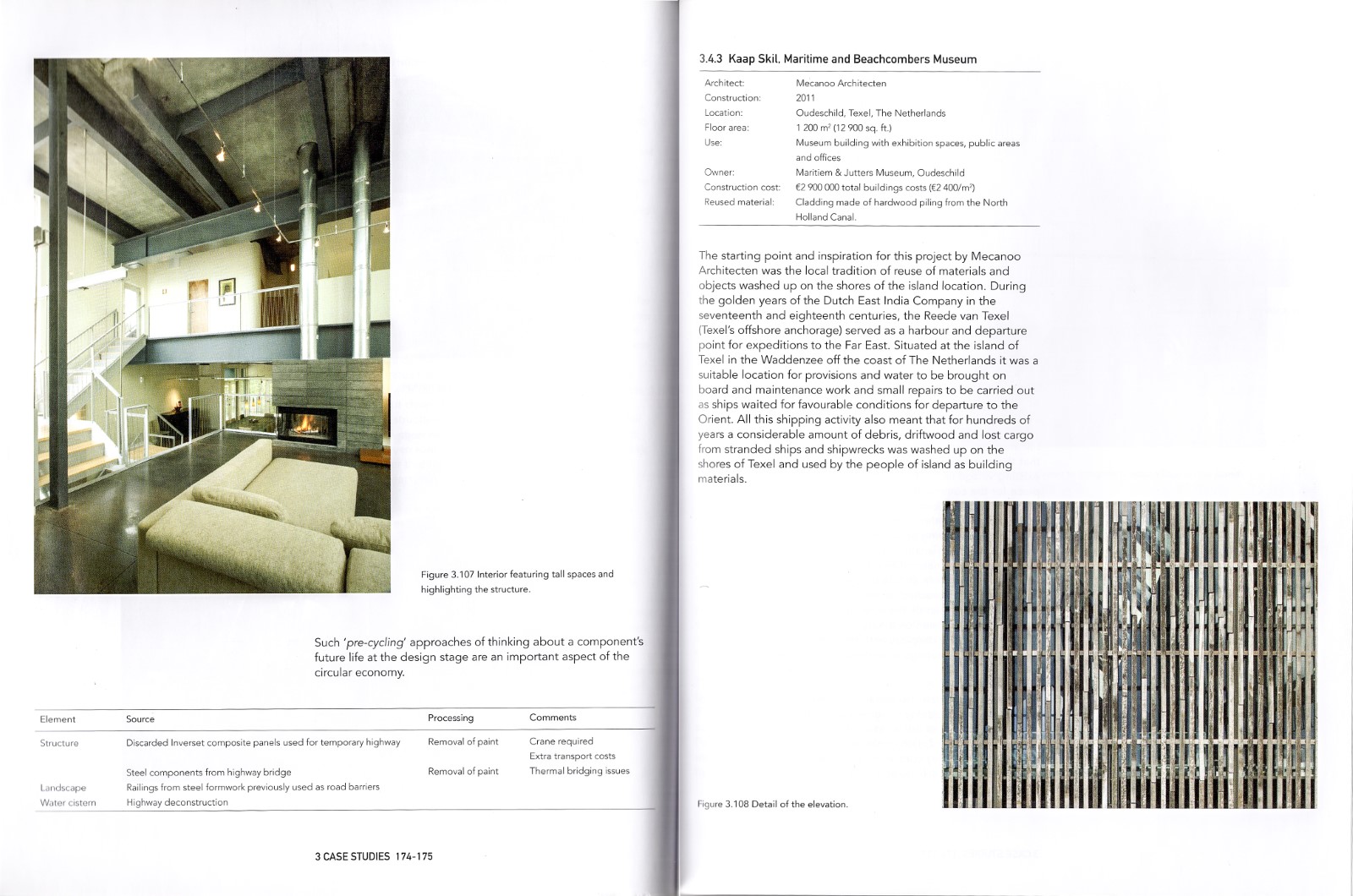 Project : Architecture is pleased to be part of the 8th annual ‘Minimal House’ exhibition. Our two projects, Tung House and Contemporary Jungja, explore the relationship between minimum energy use and maximum experience. Please join us for the opening event!

Located on a strictly preserved wooded area, this project converges with the site and environment through a zero-energy strategy. While the massing adheres to tight setback restrictions, the roof breaks free of the house’s orthogonal geometry to…

The Only Question is When: John Hong lecture at Singapore University of Technology and Design | 14 July 2021

The lecture will trace the conceptual evolution of architectural sustainability through the projects and research agendas of John Hong’s Seoul National University based lab, Project : Architecture. The talk will examine the trajectory of sustainability from…