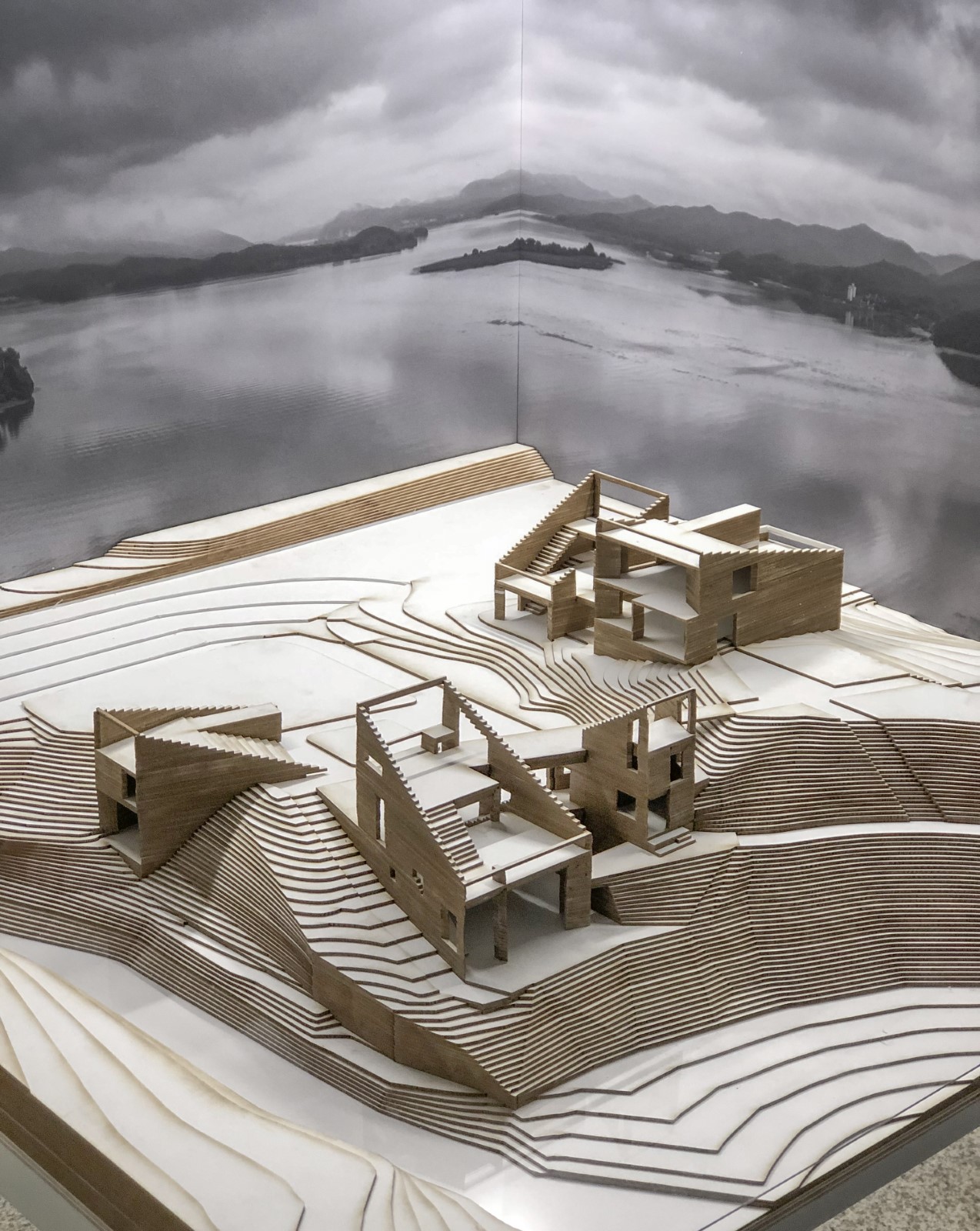 Project : Architecture’s ‘Devious Topographies’ project is included in the exhibit, The Future We Have Drawn: 100 Years of Modern Architecture in Korea.

This exhibition looks back on the last 100 years of achievements of SNU architecture graduates and faculty beginning from the first graduates of Gyeongseong Technical College in 1919 (the department’s previous name) to the visionary faculty currently teaching at SNU’s Department of Architecture. The exhibition title ‘The Future We Have Drawn’ is inspired by the fact that all architectural plans are projections for the near future.

The second floor’s special exhibition displays 200 drawings, photos, and sketches collected from Gyeongseong High School and Seoul National University alumni and instructors under the keywords Learning and Imitation, Expansion and Search, Opening and Exploration, Architects and Society, and Logic and Sense.

The content from 1920s through the 1950s, examines the period when architectural design absorbed principles from the West through learning and imitation before the vocabulary of modern architecture was established. The 1960s through 1970s are interpreted as a time when new structures of architecture were sought as urban infrastructure expanded quantitatively and three-dimensionally driven by economic development. The 1980s can be seen as a period when Korea opened up to the international community and explored notions of self-consciousness and national identity. The 1990s represents a time when a group of architects began efforts to improve the built environment and engage in social critiques. The 2000s is interpreted as a time when architectural culture with diversified intrinsic logic, expression, and senses blooms.

In addition, large graphics consisting of indicators of Seoul’s growth, urban plans and major buildings representing each era are organized in the form of a chronological table. In the lobby space on the first floor, 31 works by SNU architects and faculty are on display and represent the opening of the architectural market in the 2000s and the founding of the school’s five-year curriculum.

The ‘City as Verb’ seminars hosted by the City of Seoul will be an important bridge between the 2019 and 2021 Seoul Biennales.. In partnership with the French, Netherlands, and Swiss embassies, this series of public presentations will launch on 15 July…

Architecture and the Evolving Commons

The exhibition presents current and future initiatives being undertaken by the Seoul Metropolitan Government with a focus on nine projects that exemplify the question of recycling the city. Through a re-conceptualized figure…

Subscribe to P:A News. Your address is private and will never by distributed.

Looking forward to the opening talk and exhibition

Pleased to be part of LG's HaaS Smart House exhibi

Thanks to @aia.international for hand delivering P

Thanks to @spacemagazine_korea for featuring the D

Recently started an exciting collaboration between

'The Secret Lives of Architects,' an opinion piece

"The Aquarius Pyramid and the Aporia of Memory" -

Thanks to @spacemagazine_korea for including our d

Don't miss the last days of the exhibit! A privile

Thanks to @tbs_lifeabroad for featuring our design

A privilege to win an AIA International Award for

Every now and then you get a site that's an absolu

'Figures of Speech' : A privilege to visit and wri

These days, thinking a lot about... bathrooms! Her

Pleased to be lecturing (virtually) at @sutdsg thi