Architecture and the Evolving Commons 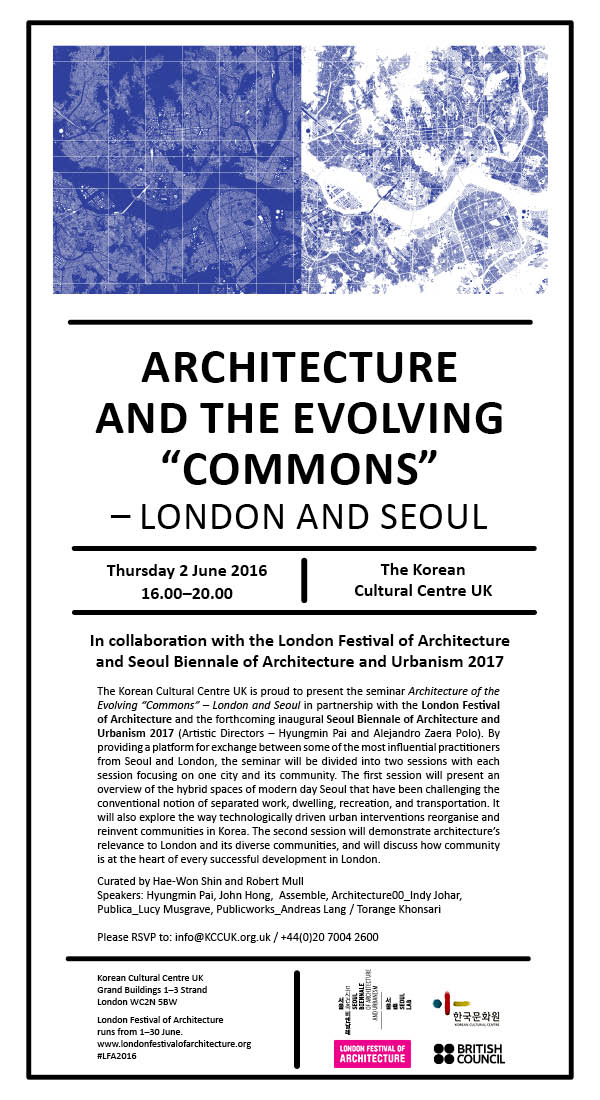 As a platform for exchange between some of the most influential practitioners and theorists from Seoul and London, two sessions focusing on each respective city will discuss the salient issues of how new conceptions of the ‘commons’ are reinventing and reorganizing the city.

The accompanying exhibition Existing City / New Resource curated by John Hong examines how the existing city can be leveraged as a new resource for creative engagement. Featured artwork includes large scale diagrams by John Hong which explicate the current and future initiatives being undertaken by the Seoul Metropolitan Government, a series of photographs by artist Kyungsub Shin entitled SH (Study on Habitability), and a film entitled Seoul by filmmaker and architect Tapio Snellman. The work will be on display from June 2-10.